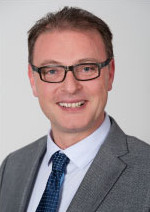 I was fortunate to have Prof. Roytburd as my Ph.D. thesis advisor — he was my mentor and biggest supporter.

We chatted with Pamir to learn more about his experiences at the University of Maryland, and find out what he's doing today.

What sort of research did you perform at Maryland?

[I worked on] predictive modeling of polydomain structures in ferroelectric thin films—it is an application of computational materials science. We used theoretical tools to calculate the microstructure of ferroelectric (FE) films and their electrical properties. FEs are smart materials that exhibit switchable polarization, high dielectric, piezoelectric, and pyroelectric properties that can be used in a number of electronic applications, such as memory devices, sensors/actuators, and hand-held tunable telecommunications devices.

What kind of research do you pursue now?

After my graduation from UMD, I worked extensively on the theoretical analysis of multilayer ferroelectrics and defect microstructures in epitaxial ferroelectric films. Our models led to the development of temperature insensitive dielectrically tunable devices for telecommunications applications. These efforts were supported by the NSF [National Science Foundation] through a CAREER Award, the U.S. Army Research Office, and private industry. My current research focuses mainly on conducting oxides, polarizable semiconductors, and electrocaloric materials. We are now working with GE Industry Solutions to find better and cheaper materials for electrical circuit breaker contacts.

How did you become involved in materials science and engineering?

I knew a lot about metallurgy and materials engineering through my family before entering college. My parents are lawyers but my aunt and uncle, both mechanical engineers, worked in steel processing plants and on commercial aluminum alloys.

Why did you decide to become a professor?

[It] was always the plan. I have always been attracted to teaching and to the kind of scientific research that is performed in an academic setting. Interacting with truly superb professors at UMD clinched it. I had the pleasure of working with eminent faculty at UMD, including Professors [Alexander] Roytburd, [Ramamoorthy] Ramesh, [Manfred] Wuttig, and [Richard] Arsenault. I learned a great deal from them.

Why did you decide to take on the demanding role of Department Chair?

In November 2012, Materials Science and Engineering at UConn became a separate department. Previously, it was an academic program within a joined department, Chemical, Materials, and Biomolecular Engineering. I was nominated by our faculty to serve as the Department Head. This is a new challenge for me, but I am extremely fortunate that I work with excellent colleagues in this new department. This was a major factor in my decision to take on this demanding role.

What would you like your department to accomplish during your tenure as Chair?

My major goal is to work with my colleagues toward bringing a center of excellence to UConn MSE. In addition, although we have over 130 students in our undergraduate program, I would like to get that up to 200, as that will put us in the top 5% nationally amongst MSE departments. I also would like to strengthen our ties to industry locally. Connecticut is the home to several companies including United Technologies Corp. (Sikorsky, Pratt & Whitney, Carrier, etc.), GE Industry Solutions, Stanley Black & Decker, and Electric Boat. All of these companies work on problems related to materials synthesis/processing, characterization, and properties measurements. Considering the wide spectrum of expertise covered by UConn MSE faculty, I believe that we can play a significant role in the technical, and thus economic, development of such companies and the state of Connecticut.

How did your experience at Maryland prepare you for your career in academia?

I worked with superb scientists at UMD for my Ph.D. research. Professors Roytburd, Ramesh, and Wuttig are widely recognized for their contributions to the physics of functional materials nationally and internationally. I took classes from outstanding teachers at UMD, including Professors [Aris] Christou, [Lourdes] Salamanca-Riba, and Arsenault. I was very fortunate to have Professor Alexander Roytburd as my Ph.D. thesis advisor—he was my mentor and biggest supporter. Furthermore, My postdoctoral stay at UMD under the supervision of [him] and Professor Ramesh helped me greatly as I started my academic career. I am extremely grateful for their guidance and encouragement.

Update: Prof. Pamir Alpay was recently (2022) named Interim Vice President for Research, Innovation, and Entrepreneurship at the University of Connecticut. Originally from Ankara, Turkey, Alpay was advised by Alexander Roytburd and remained at UMERC as a research associate until 2001. He then moved to UConn as an assistant professor, becoming a full professor in 2010. Alpay also leads United Tech Corporation Aerospace Systems (UTAS) Center for Advanced Materials.