Department of Materials Science and Engineering assistant professor John Cumings has received a four-year, $552,000 grant from the Department of Energy (DOE) for a proposal titled "Interfacial Thermal Resistance of Carbon Nanotubes."

Despite having a width 1000 times smaller than a human hair, carbon nanotubes are up to 100 times stronger than steel at only 1/6 the weight. They have an electrical conductivity that can exceed that of copper and a thermal conductivity near that of diamonds. This combination of qualities makes them ideal for the creation of nanomechanical and nanothermal structures, but their properties are still not completely understood. For example, despite their high thermal conductivity, some studies show that samples composed of nanotubes can behave as good thermal insulators due to interfacial thermal resistance, a common phenomenon in which an interface between two materials doesn't transport as much as either material would alone.

"It's a big problem in thermal transport," says Cumings. "The DOE is very interested in this since most streams of energy spend at least part of their life as heat energy before getting to the end consumer. Having the ability to efficiently remove heat from where it's not wanted and transporting it to where it can do beneficial work, such as through heat exchangers in cooling towers, could result in measurable improvements in efficiency for everything from computer processors to fuel-powered turbine generators. Carbon nanotubes show the promise of substantial improvements in this area if we can figure out how to control and reduce their interface resistance."

The goal of Cumings' project is to uncover the mechanisms by which heat is transferred into and out of the nanotubes by measuring the interfacial thermal resistance at many different temperatures and comparing these results with various mathematical predictions.

Cumings will perform the measurements using a thermal imaging technique invented in his lab called Electron Thermal Microscopy (ETM). ETM was created to perform nanoscale thermometry (measuring a system's temperature or ability to transfer heat) by imaging nanoscale devices in real-time while they are observed in a transmission electron microscope. The Cumings Group will test carbon nanotubes in characteristic environments that could be employed in the manufacture of nanoscale devices in an effort to discover new mechanisms of heat transfer in the process.

The research will be conducted in the Nanoscale Imaging, Sprectroscopy and Properties (NISP), part of the Maryland Nanocenter. 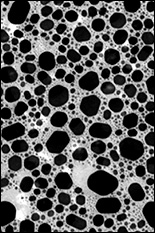 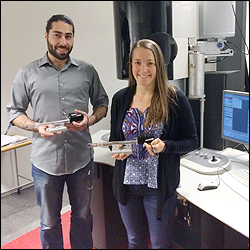 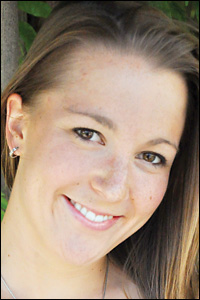