The Lockheed Martin (LM) Challenge Box visited the University of Maryland (UMD) Brendan Iribe Center for Computer Science and Engineering October 14 – 16, 2019. The Box, roughly 15 feet tall and weighing 12,000 lbs, could only be opened by solving the most complex problems. Jacob Garnett – a junior in the UMD Department of Materials Science and Engineering (MSE) – was the first to open the box at UMD, and he did it in less than 25 minutes.

Garnett, originally from North Carolina, relocated with his family to Harford County, Md., at the age of 9. Homeschooled until high school, Garnett said that solving lots of word problems as a kid definitely helped develop his problem solving abilities.

“I hated it” he said, “but having all that practice, in addition to a love of puzzles and aptitude for math, provided a good base for my studies, and for solving real-world problems.”

While attending a technical high school – where he focused on computer aided drafting and design – Garnett visited the Aberdeen library one day to check-out their new 3D printer. He quickly learned how to use it and ended up teaching others to do the same as a library volunteer. The experience segued into an interest in engineering, which led to attending Maryland Day in 2016.

“I visited most of the engineering tables and materials science was by far the most interesting to me,” said Garnett. “After watching various demos, I was hooked.” Shortly thereafter, he attended an open house, and decided to apply to UMD as a MSE major.

Garnett – who works part-time at Terrapin Works and mentors high school students in his spare time –  continues to focus on additive manufacturing and development (i.e., 3D printing), and is currently exploring the overlap with product manufacturing. In fact, he, along with a colleague from Terrapin Works, have recently started a start-up focused on 3D design, 3D printing and physical product development.

“We already had a 3D printer and the know-how, so it didn’t take much to get the ball rolling,” he said. “It’s something we just do in our spare time now, but long-term, it could develop into a larger initiative, from manufacturing large-scale products, to educating people, and providing a maker-space for people to tinker.”

With so much already on his plate, it’s hard to believe he could carve out the time for any additional challenges. Still, on the day he received an email from Heidi Sauber announcing the three-day LM Box Challenge, Garnett’s first thought was, “That seems cool. I could do that.”

An inviting jingle let him know he’d solved the problem, and in record time. “Inside the box was an audio/visual experience – primarily views of the galaxy – with mirrored screens all over, and a hologram of a woman talking about LM. It was a bit surreal.”

Although interviews were only offered for CS and ECE students, the experience provided Garnett with a confidence booster regarding his analytical ability, as well as one of the replica voyager disk sets that anyone who completed a question received. 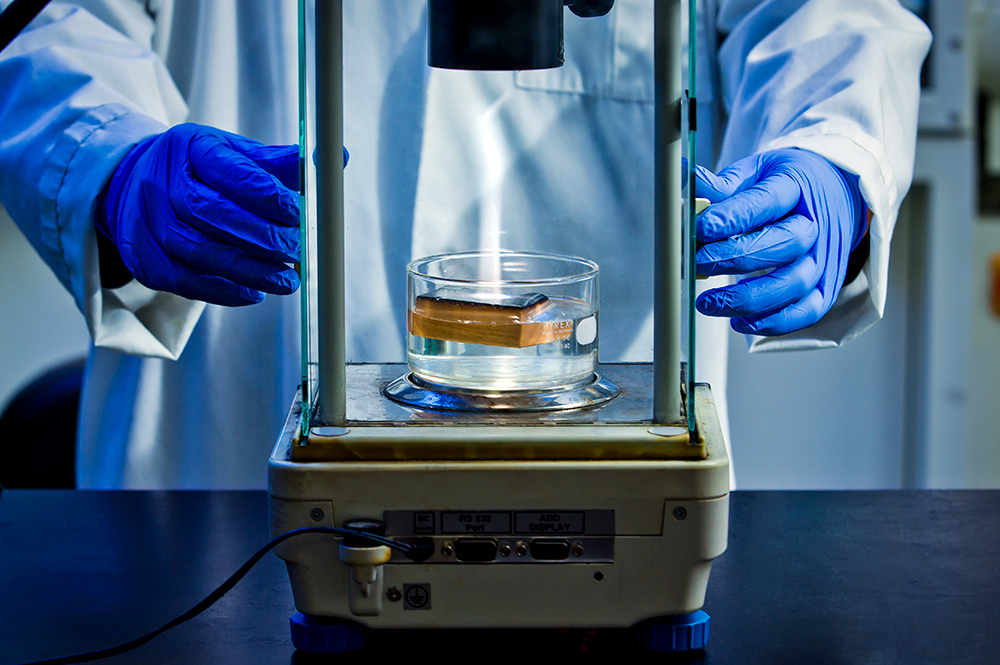