Department of Materials Science and Engineering (MSE) professor and chair Robert M. Briber has been named a 2012-2013 Distinguished Scholar-Teacher by the University of Maryland. The program honors faculty members who have demonstrated outstanding achievement in their fields and as educators. Scholar-Teachers bring a passion for learning to their colleagues and students, and represent what a professor at a world-class university should be.

"Rob is truly a special faculty member," says Clark School Dean Darryll Pines. "Not only is he an excellent educator, he is also a first rate researcher and a highly respected department chair. I am quite pleased that he has been recognized by his colleagues at the university for his exceptional talent."

Briber, who specializes in the thermodynamics of complex polymer systems, structural solutions of novel molecules, and neutron scattering spectroscopy, has been routinely recognized by the university as a "Research Leader" for his efforts in bringing sponsored research dollars to campus.

Throughout his career, Briber has been on a mission to promote the field of materials science and engineering, which despite its broad and fundamental applications is often unknown to prospective students and the general public. He is one of a team of MSE faculty and staff members whose recruiting and outreach efforts have resulted in a threefold increase in the department's undergraduate enrollment over the past four years.

In 2010, he was part of team awarded $15.5 million by the National Institute of Standards and Technology to develop and implement a national measurement science and engineering fellowship program that will provide extensive postdoctoral training to the nation's future scientific talent pool.

In 2007, Briber was one of the original group of faculty that proposed and taught the university's Marquee Courses in Science and Technology, which are designed to promote scientific and technological literacy among non-science and non-engineering majors. These courses went on to form the basis of the I-Series courses, part of the university's new general education program. Briber is also the creator of the Marquee Lectures in Science and Technology, which invite the general public to campus to explore science and technology's roles in historical and contemporary issues, including energy, the environment, economics, ethics, and medicine.

During his tenures as the vice president and president of the Neutron Scattering Society of America (NSSA), he regularly addressed Congress on the need to support scientific research and education.

Briber is one of only six Maryland professors awarded with the Distinguished Scholar-Teacher title this year. Nominees are selected by their peers; the winners are chosen by a panel of former Distinguished Scholar-Teachers. Winners receive a cash award to support instructional and scholarly activities, and make a public presentation in the fall semester on a topic of scholarly interest.

How Technology Choices Affect Us All: I-Course Examines... 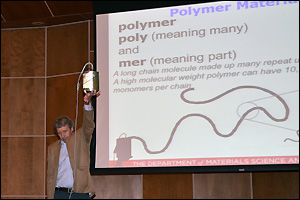 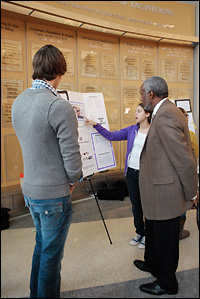 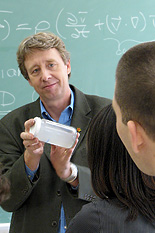