Redox Power Systems LLC has partnered with University of Maryland researchers to deliver breakthrough fuel cell technologies designed to provide always-on electricity to businesses, homes and eventually automobiles, at about one-tenth the cost and one-tenth the size of current commercial fuel cell systems.

Those fuel cells, based upon patented technology developed by Department of Materials Science and Engineering (MSE) professor Eric Wachsman, director of the University of Maryland Energy Research Center, are the foundation of a system being commercialized by Redox that provides safe, efficient, reliable, uninterrupted power, on-site and optionally off the grid, at a price competitive with current energy sources.

The promise is this: generate your own electricity with a system nearly impervious to hurricanes, thunderstorms, cyber attacks, derechos, and similar dangers, while simultaneously helping the environment.

Enter Redox’s PowerSERG 2-80, also called “The Cube,” which connects to your natural gas line and electrochemically converts methane to electricity. About the size of a large washing machine, the system sits comfortably in a basement, outside of a building, or on a roof, and—with no engine and virtually no moving parts—quietly goes about its business of providing power.

The first-generation Cube runs off natural gas, but it can generate power from a variety of fuel sources, including propane, gasoline, biofuel and hydrogen. The system is a highly efficient, clean technology, emitting negligible pollutants and much less carbon dioxide than conventional energy sources. It uses fuel far more efficiently than an internal combustion engine, and can run at 80 percent efficiency when used to provide both heat and power.

Proprietary technical advances enable Redox to offer the Cube at a tenth of the cost of current systems. Combined with the increasing abundance and falling prices of natural gas, it’s a winning solution.

Redox plans to release The Cube in 2015. The first version will be configured to 25 kilowatts, which can comfortably power a gas station, moderately sized grocery store or small shopping plaza. Additional power offerings will follow. Using fuel cell stacks in a variety of sizes, the company can offer The Cube at 5 kW, to provide always-on electricity for an average American home, or up to 250 kW in one system. Cubes can also be combined to provide even more power in a modular fashion.

Inside The Cube are stacks of small, ten-centimeter-square, millimeter-thick, solid oxide fuel cells (SOFCs). Like a battery, each SOFC has a cathode, an anode and an electrolyte, but the comparison ends there. Fuel cells don’t store electricity; rather, they create it, and they do so chemically, pulling oxygen ions from the air and conducting them through the cell, where they meet and oxidize the fuel on the other side, creating electricity. The materials the cells are made of are critical to their performance, and that’s where Wachsman’s expertise lies.

With more than 220 publications and nine patents, Wachsman’s greatest contribution may come after a hurricane rips through the East Coast and our lights are still on. That’s because he’s solved the two main problems that have plagued solid oxide fuel cells: high operating temperature and high cost.

Conventional SOFCs must operate at temperatures as high as 950 degrees Celsius to run effectively. This degrades performance, prevents the system from being easily turned on and off, and requires much of it to be constructed with expensive, heat-resistant alloys that drive up prices. Wachsman decreased the operating temperature of SOFCs to 650 degrees Celsius, with future reductions likely to 300 degrees. At these lower temperatures, the system can turn on much more rapidly, operate with greater reliability, and allow Redox to build The Cube out of conventional stainless steel parts.

But Wachsman didn’t stop there. Drawing upon scores of graduate and undergraduate students over two and a half decades, millions of dollars in research funding and a state-of-the-art laboratory at the University of Maryland, he created fuel cells that generate ten times the power at these lower temperatures than anything else on the market.

He did this by tackling nearly every aspect of the cell. He developed dual-layer electrolytes using new materials and dramatically improved the anode so it can withstand cycling the system on and off. No part escaped his expert touch, and the entire family of materials he created allows Redox to build systems for a wider range of applications.

“Over a 25-year time period, we have achieved major advances in both the composition of fuel cell materials and the micro- and nanostructure of those materials,” says Wachsman. “Putting these together has resulted in a cell that has an extremely high power density, on the order of two watts per square centimeter.”

More power means you need fewer cells to do the same work, which also means the systems that contain them can be smaller.

“The response to the technology has been overwhelming. We’ve received thousands of e-mails and phone calls from people asking where they can buy a Cube or how they can invest in the company.”

After 25 years of advocating the benefits of low-temperature SOFCs, Wachsman finally appears to have the attention of federal agencies that have traditionally focused their interests and funding on hydrogen fuel cells.

The congressionally mandated Hydrogen and Fuel Cell Technical Advisory Committee, which oversees the Department of Energy’s fuel cell program, invited Wachsman to give a presentation about Redox at their April 2014 meeting. The Department of Defense recently issued a solicitation for “Ultra-High Power Density Solid Oxide Fuel Cell Stack for High Efficiency Propulsion and Power Systems,” whose benchmark and reference was Wachsman’s work. (Redox won the grant.) Most recently the Advanced Research Projects Agency–Energy issued a solicitation for “Reliable Electricity Based on Electrochemical Systems,” and once again Wachsman’s results were used as a benchmark for what the agency wants to achieve.

Wachsman started working on solid oxide fuel cells as a graduate student in the 1980s. He always intended for them to make it to market. As far back as 2005, he and then-Ph.D. student Bryan Blackburn began exploring the idea of forming a company. In early 2012 they entered the VentureAccelerator Program, an elite initiative of the Maryland Technology Enterprise Institute, or Mtech, that helps select University of Maryland inventors get their research out of laboratories and into industry by creating successful companies.

After just three months, a record for the shortest time in the program, Wachsman and Blackburn teamed with Warren Citrin and fellow entrepreneurs David Buscher and Robert Thurber to form Redox Power Systems. The team of five garnered exclusive rights to Wachsman’s patents. Redox contracted research to UMD to further refine and improve the fuel cells.

In the future, Redox plans to produce fuel cell systems for automobiles, which the company claims could triple the gas mileage you get from your car.

But for now, they will be happy if, after the next Snowmageddon, Hurricane Sandy or vicious cyber attack, we all still have power.

See Mtech's original press release page for short videos about Redox and the PowerSERG 2-80, a.k.a. "The Cube."

The Atlantic: The Navy Has Fuel-Cell Generators; Will You Have Them Soon, Too?
ter.ps/redoxatlanti

Green Tech Media: Could This Be the Fuel Cell to Beat All Fuel Cells?
ter.ps/redoxgreen

The Washington Post: At Redox Power Systems, the Future of Electricity Lies in Fuel Cells
ter.ps/redoxwpost 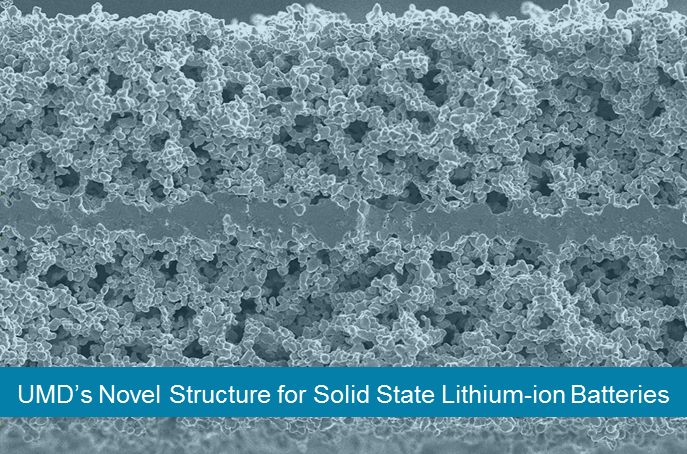