The MSE Class of 2010 gathered for the presentation that represented the culmination of their undergraduate experience at the Capstone finale May 10. Capstone, a course taken in the senior year, is one of the most important parts of the Clark School's engineering program. In it, teams of students utilize what they have learned throughout their undergraduate studies to create their own engineering designs from concept to product.

Most of the research and development of MEMS microphones to date has been on those of the condenser variety, which require a power source in order to function. Dynamic microphones, however, do not, because they use a permanent magnet and a mobile induction coil to capture sounds. If incorporated into MEMS devices, dynamic microphones would eliminate the need for an outside power source, making them smaller and more efficient. The availability of these systems could potentially open the door to new applications, including threat location detection and energy harvesting from noise. The Capstone team was inspired by the mass-market potential of a dynamic MEMS microphone, which has not yet been developed.

Over the course of their presentation, the seniors described how they used analytical modeling to design a cantilever-based actuator with very flat frequency response across the audible frequency range. They also described the multi-step process that they developed in attempting to make a usable prototype device, and some of the pitfalls that they came across in attempting the fabrication in the Clark School's FabLab, a world-class cleanroom facility.

"They were able to work through a design with many interconnected tasks, including optimization of the magnet array shape parameters and of the mechanical actuator," says Professor Ray Phaneuf, who advised the Capstone project. "This was an impressive effort by a strong, multifaceted team."

What Goes Into a Final Project?
The Capstone class of Spring 2010 made this video to document the stages of development of their project: 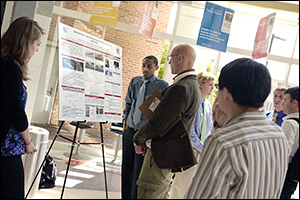 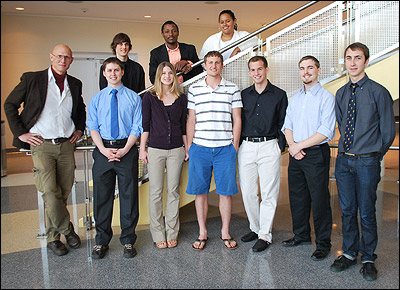 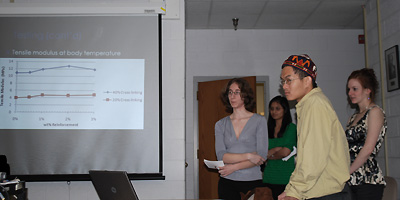 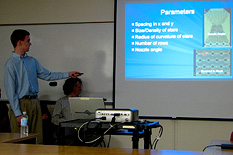