Pairs of nanoscale silver cubes can enhance the effectiveness of surface-enhanced Raman scattering (SERS), paving the way for a finer level of spectroscopy that can be used to improve sensor design and fabrication, according to a recent paper published in ACS Nano by Assistant Professor Oded Rabin (Department of Materials Science and Engineering and Institute for Research in Electronics and Applied Physics) and Alford L. Ward Professor and Distinguished Scholar-Teacher Isaak Mayergoyz (Department of Electrical and Computer Engineering). Their findings could translate into improved equipment used in environmental monitoring, medical diagnostics, and security.

The paper, titled "Dispersion in the SERS Enhancement with Silver Nanocube Dimers," demonstrates how the orientation and gaps between pairs of silver nanocubes, called dimers, enhance the signals generated by SERS, allowing researchers to detect the presence of target molecule—dangerous or benign—in much smaller quantities.

"This is a significant advance in spectroscopy," Rabin explains. "Using the nanocubes has allowed us to detect radiation from the presence of only a few thousand molecules, whereas with Raman alone, we would need as many as ten billion molecules to get a positive test result."

In Raman spectroscopy, light is scattered by the presence of molecules, providing a spectrum that is unique to the molecule being probed. When light from a laser probe floods a sample in a sensor, it is not strong enough to detect target molecules present in only very small quantities. If the silver dimers are present, however, they focus and intensify the probe's light in their immediate vicinity. These localized, intense spots of light hit the target molecules and scatter in a unique way, alerting the person using the equipment to their presence.

The paper explains how the team's technique of assembling and simultaneously testing many groups of dimers in varying configurations allows them to quickly determine how to best construct a sensor for a specific type of molecule.

Rabin’s team creates the cubes from silver ions that are reduced to silver atoms, which in turn form crystals of a specific shape. Using a patterned substrate (surface) that guides their placement, the team can drive the nanocubes to self-assemble into pairs at predetermined locations. Viewed under an electron microscope, the cubes, which are 80 nanometers in size, look something like pairs of dice in bowl-shaped indentations.

The nanocubes' shape determines with what wavelength of light they will interact. When probed with a beam of light, the electrons in the silver begin to oscillate, causing them to scatter some wavelengths while absorbing others, reflecting a color back. How the electrons are distributed and behave across the surface of the nanocubes is determined by the nanocubes' shape, proximity to other nanocubes, and the wavelength of light to which they are exposed. Mayergoyz’s team has created computer simulations that efficiently model the optical response and predict its enhancement.

"Other research groups have used single nanocubes in these types of experiments, but the dimers are more effective, because their electromagnetic fields are more intense at their junctions [where they nearly touch]," says Rabin. "Our assembly technique allowed us to carry out a systematic study of these dimers. The cubes in the pairs could be aligned face to face, edge to edge, or edge to face. We've found that each configuration is effective in different conditions, and the more surface area contact they have, the greater the intensity of the field."

"The work also reflects on the interdisciplinary environment that is fostered on campus," he adds. "Our research groups learned a lot from each other, and achieved a higher quality of work by collaborating. And we had fun in the process." 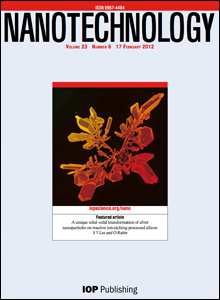 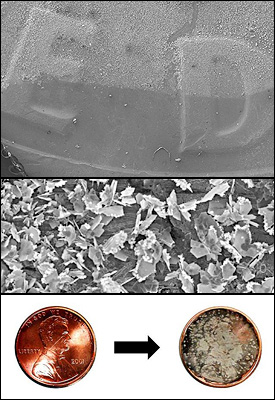