MSE/IREAP Professor Gottlieb Oehrlein was a guest faculty member of the Materials Research Division at the Max-Planck Institut für Plasmaphysik (IPP) in Garching, Germany during his 2007 sabbatical. He was invited to participate in a project conducting research on plasma-materials interactions for fusion reactor design because of his expertise in plasma-surface interactions.

In nuclear fusion, two deuterium atoms (hydrogen isotopes) combine (fuse) to form helium atoms while simultaneously releasing energy. The creation of fusion reactors could provide a clean, inexhaustible source of energy and has been a goal of physicists around the world for over 50 years.

Progress, Oehrlein explains, has been slow but steady. Current approaches being considered involve the use of two hydrogen isotopes called deuterium and tritium, which fuse to produce helium and a neutron. Deuterium, derived from water, and tritium, derived from a neutron/lithium reaction, are plentiful. Tritium, while radioactive, has a distinct advantage over elements currently used in nuclear fission: its half-life is only 12 years. While that may seem like a long time, it's an instant compared to the half-lives of various isotopes of plutonium (about 25,000 years for plutonium-239, an important plutonium isotope) and uranium (greater than 240,000 years).

In 2006 the construction of the International Thermonuclear Experimental Reactor (ITER) began in Cadarache, France. The ITER project is an international collaboration performed under the auspices of the International Atomic Energy Agency, and is scheduled to begin plasma operation in 2016. The ITER reactor is not meant to produce energy for commercial consumption, but to enable systematic studies of a fusion plasma reactor under conditions that are required for future fusion-based power plants.

The materials used for crucial components of its design, however, have not been finalized. In order to produce its projected 500 MW output of energy, its hydrogen gas fuel must be superheated into plasma, establishing conditions similar to that inside of a star. In research conducted so far, contamination of the plasma and plasma interaction with the reactor walls—in particular with carbon fiber-based plasma-facing components—have presented challenges for the scientists working on the project.

Oehrlein's extensive experience studying plasma-surface interactions with hydrocarbon-based photoresists in his plasma etching research at the Laboratory for Plasma Processing of Materials made him a natural choice for a project team member, and, he says, he will be able to continue some of the work at the University of Maryland.

While abroad, Oehrlein also attended a scientific retreat at Schloss Ringberg, the official conference center of the German Max Planck Society. Although he also had to keep up with projects and his research group back home, Oehrlein said, he managed to make time for cycling trips in the Alps.

Oehrlein chose his sabbatical project for its potential, quality and challenge. "The Max-Planck Institut für Plasmaphysik is one of the leading centers in the world focused on the development of suitable materials/plasma-facing components for fusion reactors," he said. "Their work is considered some of the best that is being done. My sabbatical enabled me to gain an overview of an important technology that has some connection with my current work, and understand the scientific questions that matter. Working with my colleagues at Garching has enabled me to make a very important scientific contribution in this new, promising area. The stay at IPP also enabled me to become familiar with important international activities and current problems relevant to fusion devices, and could provide an evolutionary path for my research."

"I am really thankful to the University of Maryland for enabling this sabbatical," Oehrlein added, "and also to the IPP for hosting me. It is difficult to imagine a research institute that would have been more welcoming, fun and suitable for achieving my goals." 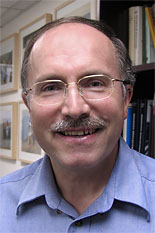 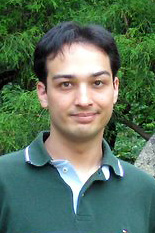 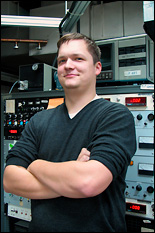