Power electronics, and power electronics devices, will change the way we utilize and control renewable energy systems. This project – led by Aris Christou, a professor of materials science and engineering at the University of Maryland (UMD), and funded by the U.S. Navy, the Defense Threat Reduction Agency (DTRA), and the National Science Foundation (NSF) – has developed a new class of power switching devices based on material systems, bolstering performance to new levels of achievement that will ensure reliability and system robustness at the device level.

The gallium nitride (GaN) and the related ternaries – aluminum gallium nitride (AlGaN) and diamond –having superior properties are the materials of choice. Material and reliability issues limit the performance of current generation GaN devices. The project has resolved the issues of performance and reliability for GaN and related compound power devices. Additionally, it has developed a new class of devices based on vertical groove high electron mobility transistors (V-HEMTs) and p-type high electron mobility transistors (p-HEMTs) to exceed the state of the art of 2.5 kV for silicon and silicon carbide (SiC) devices for blocking voltages up to 10 kV and beyond. The hope is that thick epi characterization and the understanding of defects in vertical GaN devices will lead to breakdown voltages beyond 20 kV. The project has also developed reliability models, which have shown that the power electronics module is the key component necessary to achieve reliable operation of the entire turbine over its projected 25-year life span.

The design, fabrication and testing of structures exploiting the V-groove HEMT GaN structure, combined with the trench metal oxide semiconductor (MOSFET) concept, have outperformed state of the art Silicon and Silicon Carbide switches. Material-device-performance correlation methodology has ensured the reliability is designed through the physics of failure approach. The project has also assessed other novel structures with blocking voltages over 10kV, as well as the evaluation of the reliability of these devices under system environments. The device has been the vertical enhancement mode GaN-AlGaN HEMT, which has increased the operating frequency. These devices dramatically go beyond power MOSFETs and induction gate field effect transistors (IGFETs) and will not require stacked, identical p-n junctions required for superjunctions.

The major outcome of a reliable GaN technology and wideband gap semiconductor device technology for wind power turbines can be determined at the systems level by enabling reduced system size and cost, maximizing speed and high voltage handling capabilities, and maximizing power output. The performance enhancement possible through inserting the emerging wide band-gap semiconductor power devices can only be possible if all degradation mechanisms are understood, and reliability can be achieved.

The GaN vertical heterojunction field effect transistor (HFET) technology could have a significant impact on the next generation of power modules due to their one order of magnitude higher power density over conventional silicon IGFETs, and their ability to operate at higher efficiency and voltage linearity due to their robustness to incident power immunity in many grid applications. However, the reliability improvements necessary to achieve this promise requires the development of a new physics-based approach to reliability prediction for GaN-based high voltage field effect transistors (HVFETs). This has been accomplished through the development of reliability models based on the Bayesian approach.

This project has provided the development of physics-based failure models for GaN-based HVFETs. More importantly, it has established an integrated fundamental science approach encompassing degradation processes such as the material/heterostructures, bulk, surface and interface states, temperature, strain, and high field effects such as hot carriers and hot phonons generation as well the materials science of contacts and Schottky barriers. The point defect parameters and their effect on device reliability have been determined and include surface, interface, bulk barrier and bulk buffer traps. The physics of hot phonons and hot electrons and their interplay with thermal and polarization phenomena as well as interactions with existing defects and the nucleation of new defects have been uncovered. The effect of hot electron and hot phonon on phonon decay and power dissipation, as well as the velocity limiting processes, has been determined. All of these factors, once eliminated, lead to system integration of high voltage GaN three terminal devices in reliable wind turbines.

The establishment of the basis for the 21st-century approach to robust manufacturing and reliability has begun. To meet this challenge, failure mechanisms due to the high electric fields; the coupled effects of heat, strain, and electric polarization, gate current, and the relatively high density of extended and point defects endemic in GaN and SiC must be further identified and quantified.

Professor Christou and his research group have identified unique dislocation clustering in thick GaN epitaxial layers necessary for power electronics. Such clustering must be controlled and understood from a thermodynamics point of view. The physics-based knowledge gained through extensive and targeted characterizations and analyses must be incorporated into the failure models, which can then become the basis for a novel robust manufacturing approach.

Offshore wind energy is a critical application due to the harsh operating environment. This is of specific interest to the state of Maryland as a large “wind farm” will soon operate in the Atlantic Ocean, roughly 20 miles from Ocean City. 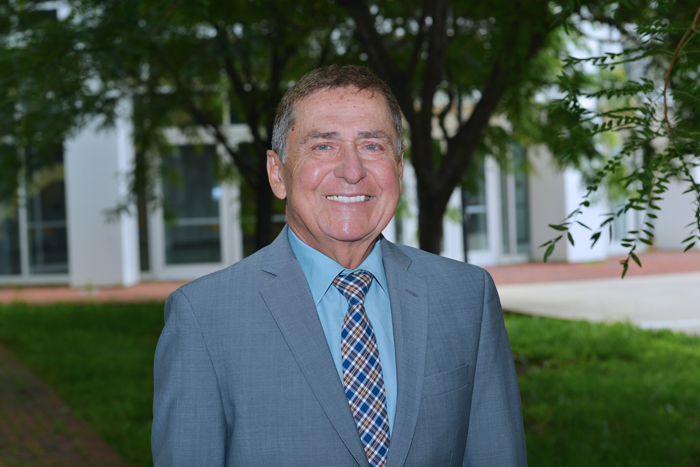 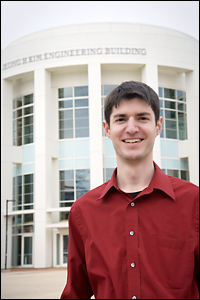 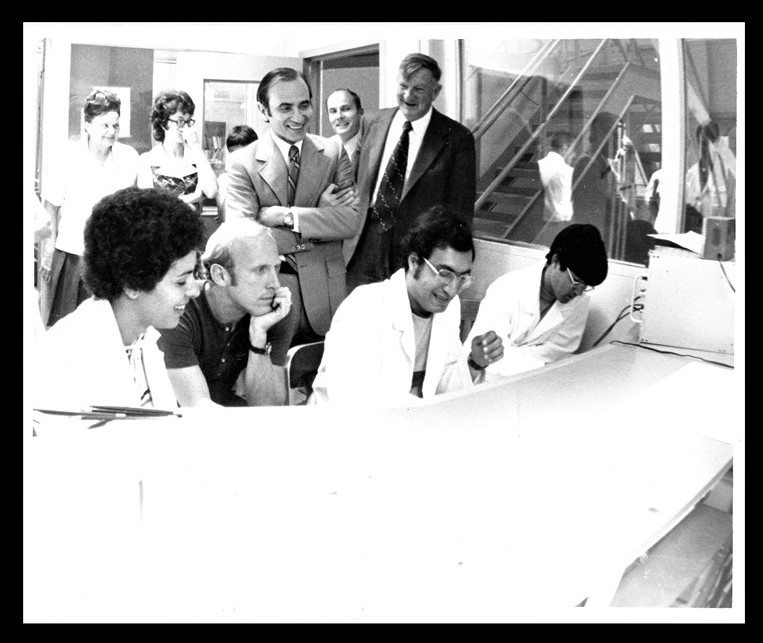 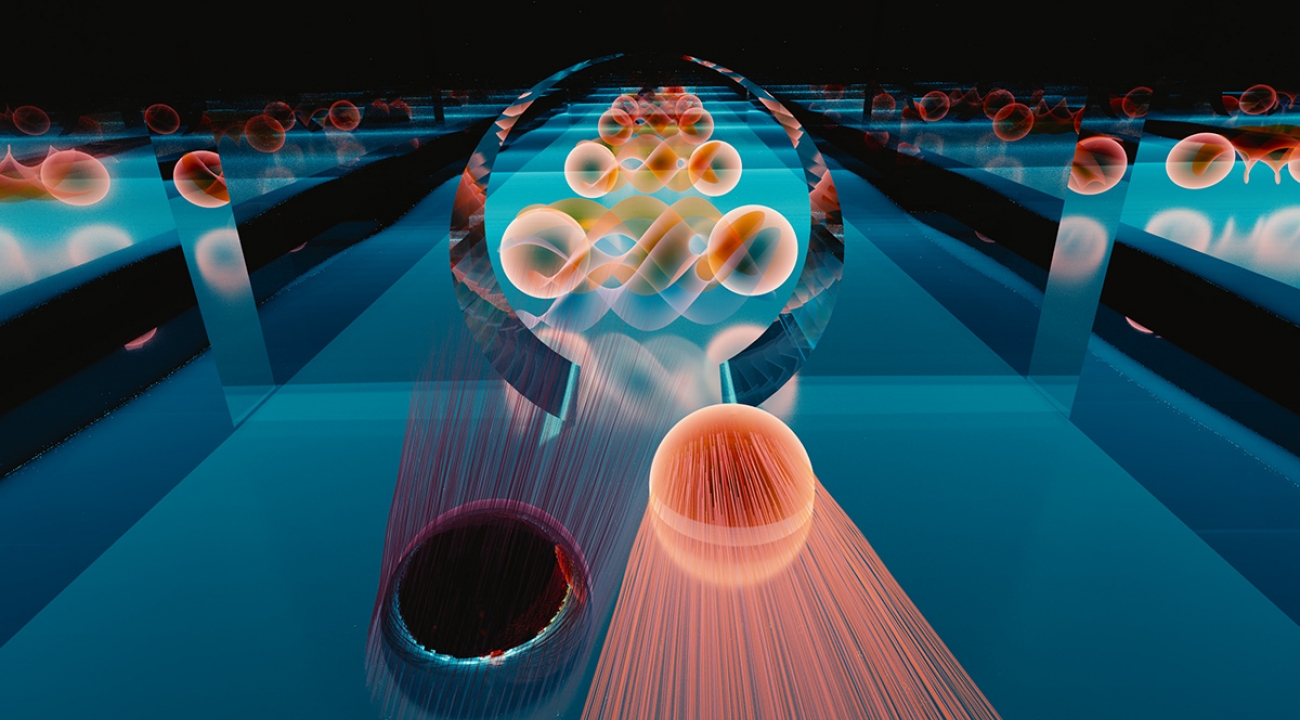